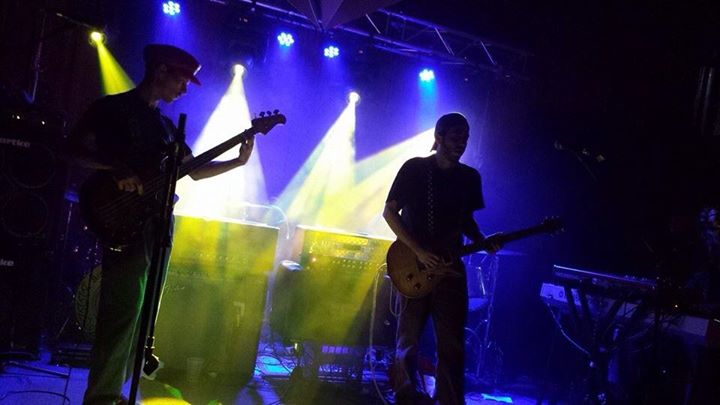 By nate / In Uncategorized / 0 Comments

Check out the awesome blog review  by Sean Hersch

A Review by: Sean Hersch

The psychedelic rock band SPREAD found their way back to Carbondale, the band’s home away from home on May 2nd for their seemingly annual Spread Awakening show at Hangar 9 – one of the town’s biggest music venues.

Dave Petrizzo (guitar), Colin Finn (bass), Patrick Reynolds (drums), and Joe Kentos (keyboards) make up the members of the band, which is now based in Chicago. But, these fun-loving guys started their culture in Carbondale, IL, where the band has garnered a strong cult following. So strong in fact, that even after Summer Camp Music Festival announced their third and final round of artists this year, SPREAD got the unsaid 4th round addition. Surely, it was from the continuous threads posted in the Summer Camp Facebook group by the band’s strong following. This will be the band’s sixth consecutive Summer Camp performance.

They were considerate enough to bring down Marty Gierczyk, from Chicago Funk Mafia, to play with them on a few songs throughout the night including “Expressway to Your Heart,” “L.A. Woman,” a SPREAD classic, and the encore, making it an extra funky set for the dedicated Carbondale crowd.

Marty’s presence proved yet again, that maybe every jam band should include the sax.
Since 2008, Spread has grown exceedingly, and they have done so with very few studio recordings. They do have live recordings that can be found on reverb nation. Be sure to check them out at Summer Camp Music Festival on the camping stage, Saturday May 23rd at 3 p.m.

Check out this interview with guitarist Dave Petrizzo, made by Summer Camp Counselor Carmel O’Farrell.